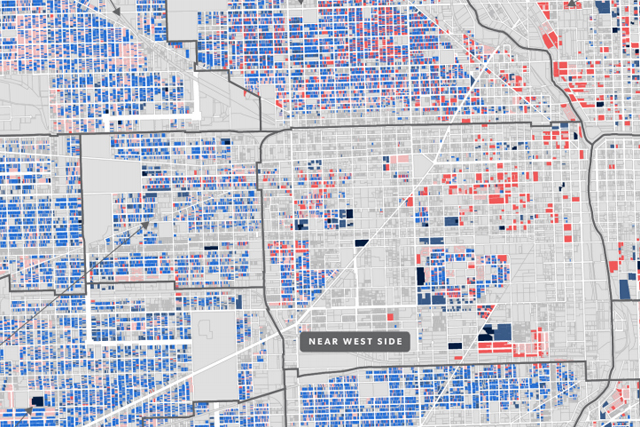 In the City of Chicago and broader suburban Cook County, knowledge of a neighborhood’s housing stock takes on particular significance because of the diversity of housing types found in the area and the geographic concentrations of particular types of housing in different communities.

IHS research has illustrated that the composition of a neighborhood’s housing stock is critical in determining the appropriate targeted strategies for stabilizing local housing markets, preserving and creating affordable rental housing, and promoting neighborhood investment. Data on neighborhood housing stock composition are available on the IHS Housing Market Indicators Data Portal and are visualized via the interactive map of housing composition in Cook County below.

The map below allows users to scan and zoom a map of Cook County and examine housing composition in suburban Cook County, Chicago community areas, and even block by block throughout the county. View a full-screen version of the Cook County Housing Stock Map. In the full-screen version, by hovering over a community, a user can learn about the share of the area's total housing units that are in single family homes, condominiums, two-to-four unit buildings, buildings with five to 49 units, and buildings with 50 units or more. Additionally, users can see how these neighborhood distributions compare to citywide or countywide patterns. (The map below may not appear for those using Internet Explorer.)

The role of small multifamily buildings in Chicago's housing stock

As shown in the map above, two-to-four unit rental properties make up a substantial portion of the City of Chicago’s housing stock, particularly in the ring of older neighborhoods surrounding the city core. However, during the housing crisis two-to-four unit properties were disproportionately impacted by foreclosure particularly in the city's lower income neighborhoods. Potential owners and investors in these distressed areas have had limited financing options available to help return these properties to productive use.

Owners and potential investors in smaller multifamily rental properties with between five and 49 units also often face unique challenges when attempting to access sufficient financing for the acquisition, rehabilitation, or refinancing of these types of properties. In communities such as Rogers Park, Chatham, and South Shore, where smaller multifamily buildings account for over 40 percent of all housing units, these types of credit constraints can pose challenges to the preservation and production of affordable rental housing. For more information, see the IHS Research Brief Credit Constraints for Small Multifamily Rental Properties.

Additional key facts about the housing composition of Cook County:

Data on the composition of Cook County's housing stock are available to search and download on the IHS Housing Market Indicators Data Portal. This aggregated information is available at four different geographies: Cook County subregions and municipalities, and City of Chicago community areas and wards. These data were updated in May of 2014.

The Data Brief, which was produced in 2012, contains data which varies slightly from the housing stock composition data currently available on the IHS Housing Market Indicators Data Portal. While data on the housing stock originates from data provided by the Cook County Assessor, these data are significantly improved using a number of techniques in order to identify both property type and unit count consistently over time as is necessary for research and analysis. Data on housing stock should be considered an approximation of the universe of properties and units in the county and the most current year of data should not be compared to previous years. 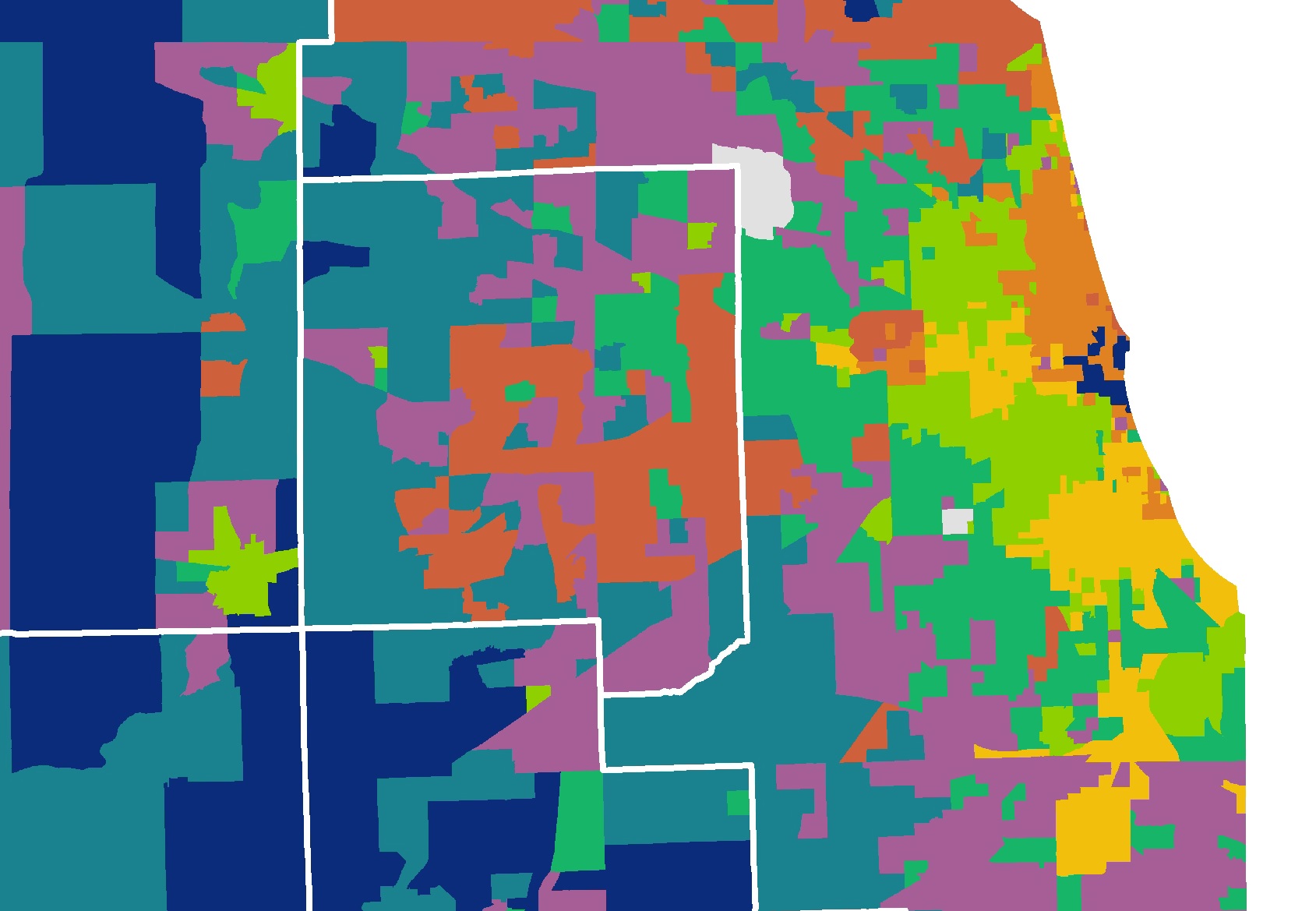 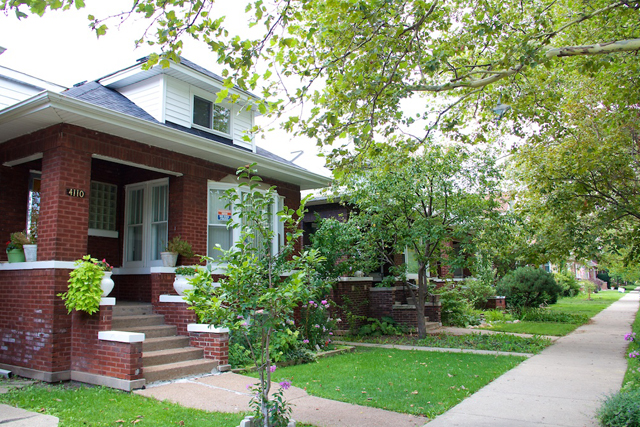 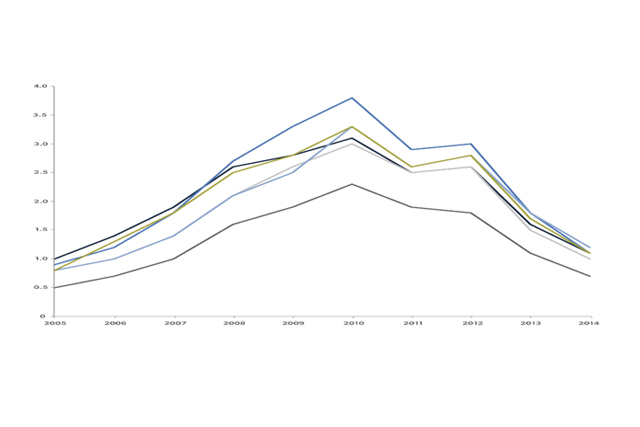 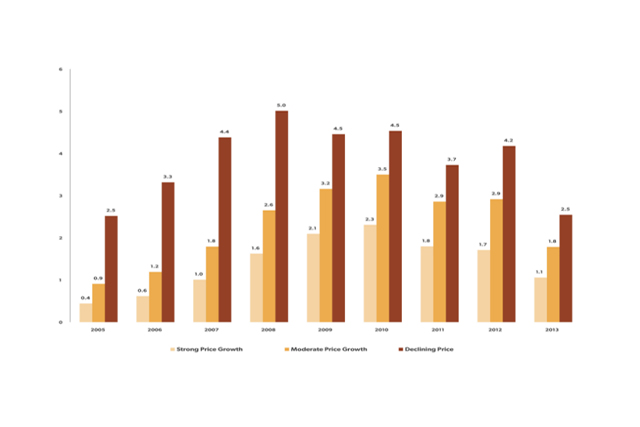