Overview of the Chicago housing market 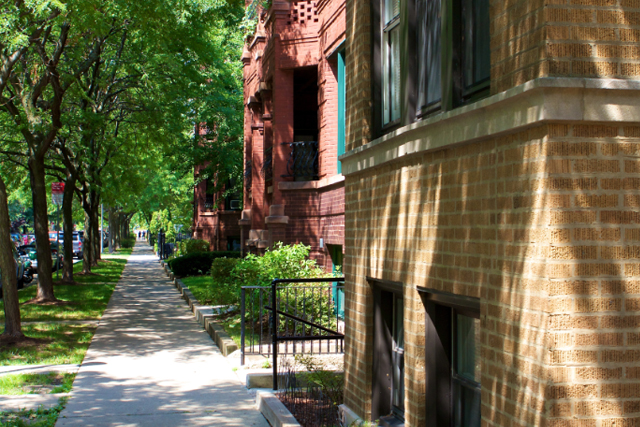 Written to inform the development of the City's forthcoming 2014-2018 Five Year Housing Plan, the Overview of the Chicago Housing Market contains a comprehensive set of maps, charts, and tables meant to both provide background data for the city's housing plan and a comprehensive view of neighborhood housing markets. This book was used to facilitate advisory group discussions of the housing market needs of Chicago’s neighborhoods and to craft the new Five-Year Housing Plan that will guide the City’s policy and investment related to housing from 2014 to 2018.

IHS’s report, available in full as a PDF here, is meant to provide an accurate and timely picture of factors affecting Chicago’s housing market and the supply of affordable housing in particular. Data focuses on the following areas: the City of Chicago’s demographic and economic trends, the composition and characteristics of Chicago's residential housing stock, recent trends in neighborhood housing markets, and the changing dynamics of rental housing affordability in the City over the next five years.

The report contains 13 maps and more than a dozen tables and charts pulling from a variety of sources, including IHS’s Data Clearinghouse, an extensive collection of property-level data covering the city and suburban Cook County. More in-depth discussions of many of these issues can be found in previous IHS work, including the State of Rental Housing in Cook County, Cash or Credit: The Role of Cash Buyers in Cook County's Housing Market, and The Composition of Cook County's Housing Market. Additionally, detailed neighborhood-level data for many of the following maps and charts can be found at the IHS Housing Market Indicators Data Portal.

The report includes maps showing the following for the City of Chicago:

Neighborhood-level variation in demographic characteristics, including:

Spatial visualization of the characteristics of Chicago's housing stock, including: Share of Total Housing Units in Government-Assisted Housing Developments by Community Area, Chicago. This is one of many maps available in the Overview.

As well as the following maps:

Other tables and charts included in the report:

Comparisons of Chicago's demographic and economic trends and characteristic, including: Share of Total Housing Units in Government-Assisted Housing Developments by Community Area, Chicago. This is one of many maps available in the Overview.

Then in charts and tables, the report examines the following market trends broken out by these neighborhood foreclosure-distress levels:

Finally, the Overview includes an examination of changes in renter and owner occupancy and the growing gap between the supply of and demand for affordable rental housing within the City of Chicago. It does this with the following graphs and tables:

This report provides a comprehensive picture of the dynamics of Chicago's housing market and adds to a better understanding of the housing needs of the City's neighborhoods. Look for more in-depth discussion on the IHS Blog of how these data and analysis can used by practitioners for the development and targeting of housing and community development strategies, and give us feedback or ask questions via email or twitter.