As of 2005, there were approximately 2 million housing units in Cook County, and 835,000 of these were rentals. Of these, only 353,000 are considered “affordable”—renting for less than $750 per month.1 Moreover, the stock of affordable rental units is projected to fall by an additional 38,000 units by 2020 while demand for such units will increase by 34,000. In this report, we document the state of rental housing in Cook County—the first time this information has been put together in one place. We also present a forecast of both the supply of and demand for affordable rental housing that is likely to exist in the year 2020. Here are some of our key findings. 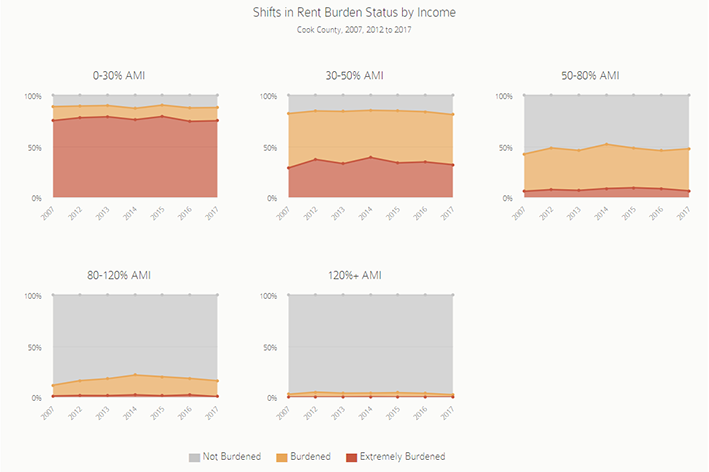 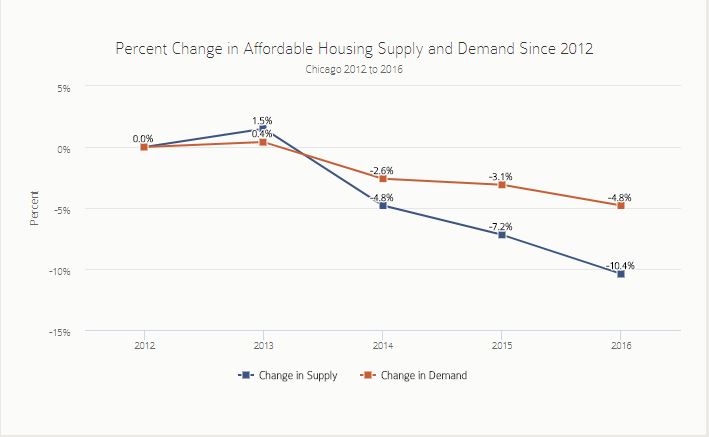 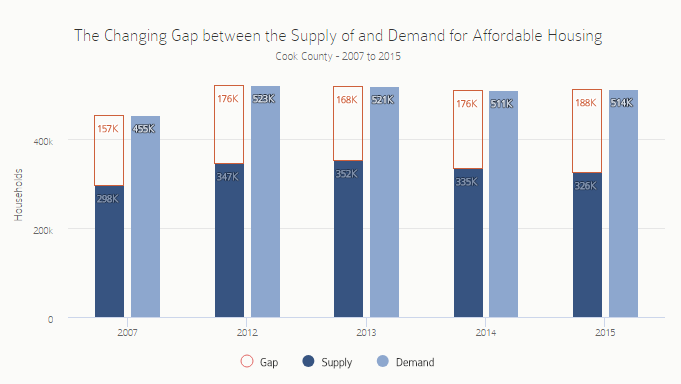 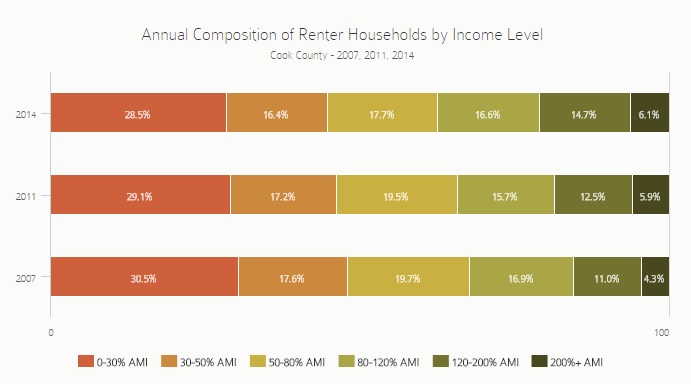 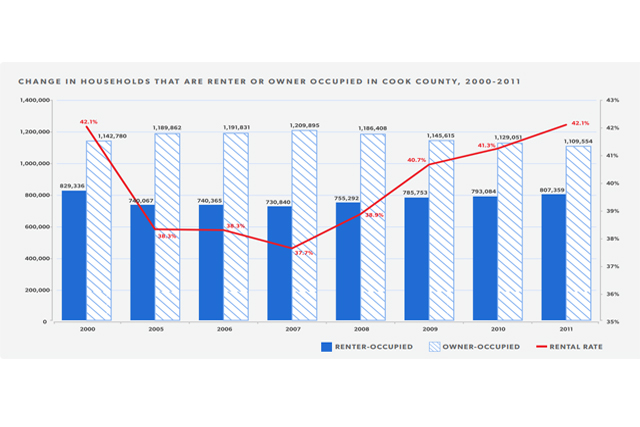